No, not that one.  My most wonderful time of the year is waaaaay more festive, y’all.  It’s better than Christmas, my birthday and my own personal holiday all bundled into one for me. It’s the Last Summer on Earth. Again.  Turns out that ancient Mayan calendar?  Not so much.

I’m an extremely time-aware person, but this snuck up on me.  The past two months have seen my calendar filled with commitments 4-7 nights per week, and I’m what you might call at the end of my rope, with a weak-ass grip at that. I am trying to keep my good fortune at the forefront of my consciousness as each of these myriad activities is 1) something I sought for my family or myself, and 2) something that reflects scratch-battled hard work and/or an innate gift not to be wasted.

My band went on tour again Friday.  They go on tour and I go on tour–my tour is considerably shorter–3 or 4 to their 30-something or so shows, and I don’t get in front of an audience (but that’s only because I’m not a famous musician or songwriter, and I don’t play guitar, bass or drums, and it would be weird standing up there just kinda looking happy, but dang, I wish I had a talent that could land me there).  Nope, I get behind the wheel of my Ford Edge, and tour the Midwest.  For the first time in our three year history, every one of the #Ladiesladies will be at one show together.  People ask how we met, and it sounds insane, meeting via the internet sounds insane, right?  It’s not.  Maybe it would have seemed kinda off center to 2012-era Wendy, but not now, with our shared history.  I clicked with my friends immediately.  I get to spend a couple days in Chicago and Detroit with the only other group on the planet who doesn’t think my musical obsession is weird. They also don’t even think it’s an obsession–again, for those of you new here, it’s a concentrated hobby.  Sounds more gentle and reasonable, can I get an ‘amen-ah’?

The last time I road tripped to meet up with my tribe, we counted it down to the second.  We had a detailed itinerary involving multi-state and international travel.  There was cake, and snacks and beverage representing each of our hometown’s specialities to be shared.

This time?  I’m so overwhelmed with work, baseball, MDA camp preparations, and that darn (and fabulous) kitchen renovation that this LSOE is, holy crap, THIS WEEK!!  I haven’t done a thing.  I don’t even have a yellow shirt to wear (sorry, Ketchup, next time!), and I haven’t even been able to keep up on our message threads.  OK, sure you’re thinking, well Wendy, you seem to have found the time to log a little something here on your stupid blog, you could at the very least read a message or pack a bag or something. 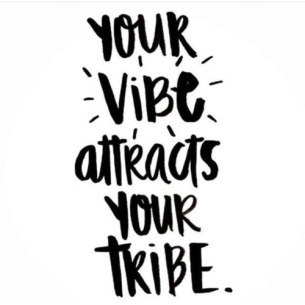 Found this beauty on laurieschechter.tumblr.com

I’m so excited to see my girls, it nearly overshadows the anticipation of seeing my Ladies.  Did I say that out loud?  (You’ll get it if you know me. . .).

This.  All of the above.

I’m afraid though that I am going to be the odd one out this time.  I’m laser-focused on the fact that my kid is going to his first sleep-away camp, and *clears throat* he’s going solely because he has muscular dystrophy.  There aren’t enough o’s in soooooooooo to describe how so very excited I am for him to have this opportunity, but (broken record moment) I wish he didn’t have to have it.  Instead of ordering a fun outfit to wear to the show, I’m online ordering my son a Harley-Davidson t-shirt because there’s a Harley night at camp and his prep notes said to wear Harley gear.  I told him he could wear orange and black, which I felt would probably cover the bases.  He insisted on the real deal.  We are not Harley folks, but how could I say no to him?  He wanted to fit in, and instead of bursting out in tears, I hit up Amazon Prime.  BTW, thanks to the generous Harley riders taking the campers out for their spins.  It’s a really terrific thing you’re doing.

Baseball has been a four-night-per-week thing for the last several months, and I’m thrilled for my son.  He has some super teammates whose parents I genuinely enjoy.  That’s a gift.  They’re not a highly competitive bunch in the way of the wins and losses, and I tell myself there is something like grace or class one develops when one learns to lose decently.  At this weekend’s tournament, my little guy pitched the last three innings, and had to hold the opponent back from a top-of-6 rally.  He did and they did.  And there’s nobody better on the bases in the bottom of 6 than his teammate Flash, who stole home for the winning run.  After the game, my son threw himself around me, and began to cry.  “Are you crying because you didn’t hit last ups?” I asked him.  Head shake no.  “Are you crying because you won?”  He nodded furiously and hugged me harder.  You can be a graceful loser and still cry 10-year-old tears of joy when you win.  It’s OK.

After the baseball tournament, instead of stalking Twitter for Barenaked Ladies tour updates and set lists, I spent my afternoon writing my older son letters to be delivered to him at camp.  More to come on that later.  It’s an exercise in anachronism of a sort–writing letters today to be sent with him to camp next Sunday and given to him throughout his week away.  I’m just out of time.  Out of time in the way everyone thinks, but also out of time/sync–I’m not present these days.  I haven’t savored the lead-up to my concerts.  I have worried about my son’s camp.  I have worried about baseball and MDA camp and piano lessons and band concerts and work presentations and parent meetings and everything else under the sun.  I’ve felt guilt at leaving my kid days before his big camp send-off (though I WILL be home before we deliver him to Camp Wonderland) and at every other thing I have done less well than I’d like to.  But now?

Now I think I shall grant myself permission to have some fun.  I’m going to give in to the new live album.  I’m going to let the road trip begin to take over reason, replace it with abandon, and sing and dance my ass off.  I’m going to hug my friends, cry my own tears of joy, and tears of sadness when it’s over.  But it ain’t over, ladies and gentlemen, nuh-uh.  This weekend is exactly what I need.  I’m in charge of margaritas.  Has there ever been a more fun sentence to write than that??  PS–Tyler, Jim, Kevin, Ed–I know you’re dying to play When I Fall Thursday and maybe Friday too, aren’t you?  #Ladiesladies, here we go!